Archives are the vehicle for viewing and sharing your Artemis documentation created with Anchors.

Archives display your documentation alongside your code, but rather than being tethered to your codebase, they're completely standalone. Here's how you make one: 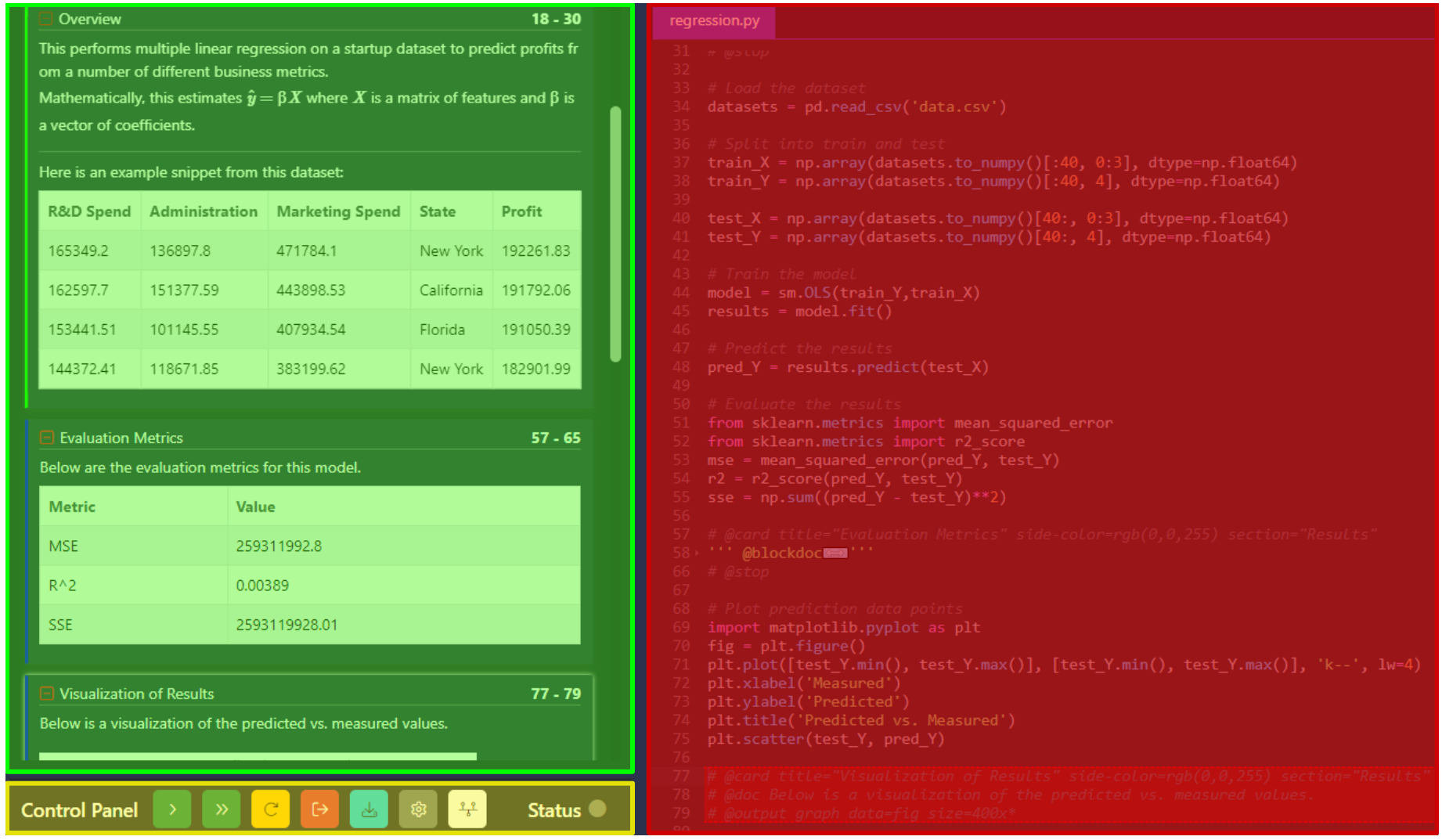 The column of visual documentation is organized into sections by cards generated by using the @card anchor (Organization Anchors).

Cards can be viewed in an expanded form that displays their content as seen above, this is called flow mode. In context mode, cards appear in the order their respective anchors are found in the underlying code. Cards can also be collapsed and viewed based on user-designated sections. This is called context* mode.

The content of your documentation cannot be changed via the Archive, as it's merely the product of your Anchors.

Artemis presents your script's code on the right side of the Archive window. We do support multifile scripts; as your code executes and encounters Anchors, Artemis will automatically switch to the file containing the Anchor and highlight the relevant code.

Artemis is controlled through the Control Panel at the bottom of the screen.

Updated about 2 months ago